Last May, I was tagged by my wonderful friend Jasmine @ Jasmine Pearl Reads to do the Totally Should’ve Book Tag. You can read her post here. Now I’m here to do this tag and let’s get started.

END_OF_DOCUMENT_TOKEN_TO_BE_REPLACED

He is a Legend.

She is a Prodigy.

Who will be Champion? June and Day have sacrificed so much for the people of the Republic—and each other—and now their country is on the brink of a new existence. June is back in the good graces of the Republic, working within the government’s elite circles as Princeps-Elect, while Day has been assigned a high-level military position. But neither could have predicted the circumstances that will reunite them: just when a peace treaty is imminent, a plague outbreak causes panic in the Colonies, and war threatens the Republic’s border cities. This new strain of plague is deadlier than ever, and June is the only one who knows the key to her country’s defense. But saving the lives of thousands will mean asking the one she loves to give up everything. With heart-pounding action and suspense, Marie Lu’s bestselling trilogy draws to a stunning conclusion.

END_OF_DOCUMENT_TOKEN_TO_BE_REPLACED

June and Day arrive in Vegas just as the unthinkable happens: the Elector Primo dies, and his son Anden takes his place. With the Republic edging closer to chaos, the two join a group of Patriot rebels eager to help Day rescue his brother and offer passage to the Colonies. They have only one request—June and Day must assassinate the new Elector. It’s their chance to change the nation, to give voice to a people silenced for too long. But as June realizes this Elector is nothing like his father, she’s haunted by the choice ahead. What if Anden is a new beginning? What if revolution must be more than loss and vengeance, anger and blood—what if the Patriots are wrong?In this highly-anticipated sequel to the New York Times bestseller Legend, Lu delivers a breathtaking thriller with high stakes and cinematic action.

END_OF_DOCUMENT_TOKEN_TO_BE_REPLACED

What was once the western United States is now home to the Republic, a nation perpetually at war with its neighbors. Born into an elite family in one of the Republic’s wealthiest districts, fifteen-year-old June is a prodigy being groomed for success in the Republic’s highest military circles. Born into the slums, fifteen-year-old Day is the country’s most wanted criminal. But his motives may not be as malicious as they seem.From very different worlds, June and Day have no reason to cross paths – until the day June’s brother, Metias, is murdered and Day becomes the prime suspect. Caught in the ultimate game of cat and mouse, Day is in a race for his family’s survival, while June seeks to avenge Metias’s death. But in a shocking turn of events, the two uncover the truth of what has really brought them together, and the sinister lengths their country will go to keep its secrets.

END_OF_DOCUMENT_TOKEN_TO_BE_REPLACED 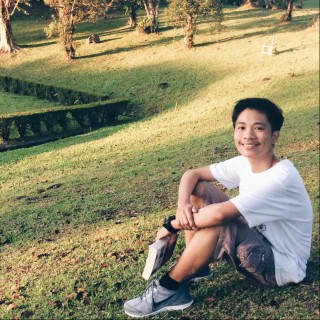